Beavers Have a Hero at the Colorado Department of Transportation!

Tim Funk, an environmental protection specialist at the Colorado Department of Transportation (CDOT), based in Durango (CDOT Southwest Region 5), is also the wetlands subject matter expert. He has recently utilized a “beaver exclusion fence” for a project that posed a challenge to a 24 inch culvert south of Red Mountain Pass.

Nearby beavers thrive in the area under U.S. 550—the “Million Dollar Highway,” between Silverton and Ouray. The water that attracts them is runoff from a warm spring that naturally flows into their pond, via Mill Creek. When the debris from beaver dam building and feeding activity filters down the narrow culvert, it can result in blockage of the drainage, which in a worst-case scenario, would cause flooding, overflow across the highway, seepage under the highway subsurface, and expensive pavement destruction.

Tim said, “There was a constant problem with the culvert becoming blocked with debris from upstream beaver activity. My supervisor allowed me to attend a virtual workshop sponsored by the University of Massachusetts and put on by The Beaver Institute (https://www.beaverinstitute.org). They talked about non-lethal solutions regarding beavers to highway/roadway projects, which to my knowledge had never been utilized in Region 5.

“I organized a conference call with all our maintenance crews and a beaver specialist out of Gunnison who taught us how the beaver exclusion fence should be built and how it works. Kyle Benke, one of our maintenance workers suggested the culvert we used. By then the Gunnison expert had moved out of state and we found another expert in Silverton, Rory Cowie of Alpine Water Resources (https://alpinewaterresources.com/) who built the fence for only $2,400.00. Now, we won’t have to trap beavers, remove them, and destroy beaver dams. In addition, our crews won’t have to continually remove debris from blocking the drainage culverts.” Instead of having to clear debris monthly, it may now be a once-a-year effort, which saves the district expense and labor. 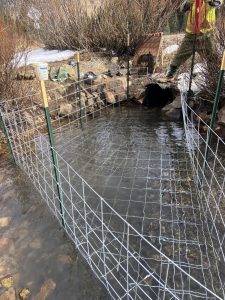 “Ecologically this is a good solution for everybody,” Tim said, because the beavers can remain, build the crucial wetlands and ecosystems they are known for, and aid in the environmental continuance of the area.”

Several CDOT teams partnered in the project. “The Environmental Department didn’t have the funds for this, so if Maintenance didn’t pay for it, it wouldn’t have happened,” Tim said. “They deserve most of the credit. They were open to the idea of non-lethal control and solutions, and suggested an area that would benefit. They paid the contractor and let us try.”

When asked about future innovations at CDOT, Tim said, “This was a pilot program and other areas are possible fits for this solution, so hopefully we can do this in other areas around the state. CDOT can always be improving. New technologies, new innovations come up and we need to stay apprised of them, whether within CDOT or other industries. We need to remain open to better ways of doing things. I appreciate that at Headquarters they seem to be open to innovation and new technologies, and that comes down to the regions. 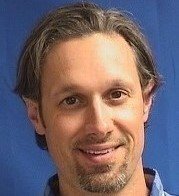 Since the building of the first fence in Region 5, others have been constructed near Telluride and Gunnison. Fencing not only blocks debris from stopping up the culverts, but is added underground to keep beavers from digging and further jeopardizing the culverts. The only likelihood of failure would be if a storm delivered more water and debris than the fence could take, which would necessitate it being rebuilt. Such an occurrence is not probable, but even if it were to occur, the cost of rebuilding would not be prohibitive.

Tim, CDOT, and CAP agree that protecting Colorado’s beaver population is worth the effort to cohabitate and to continue to come up with innovative solutions to sharing our state with iconic and indigenous wildlife.

According to the Beaver Institute, “Beavers are attracted to dam road culverts and other drainage structures because with a little work they can create a large pond. Fortunately, there are multiple cost-effective flow devices that can protect culverts and drains from beaver damming. Flow devices save time and money, protect infrastructure and improve public and work crew safety. They support human land uses while allowing the beavers to remain in place to create ecologically valuable wetlands. They are almost always better long-term options than trapping, since new beavers will move into attractive habitat when former residents are relocated or killed.

For more information on the importance of beavers to the Colorado ecosystems watch this clip, courtesy of Rory Cowie of Alpine Water Resources: https://alpinewaterresources.com/:https://www.youtube.com/watch?v=RR41jjj_hug

Posted in Animal News, Humane Education, Networking, News Release, Wildlife Info
×
...
×
...
×
...
Do NOT follow this link or you will be banned from the site! Scroll To Top